During the past few months I have been concentrating on Sir Peter Blake’s record cover art and trying to do some in-depth research to find out how his record covers came about, who made the commissions, which techniques he used, upon which photographs were illustrations based and any other facts, relevant or not. I have tried to contact the artists involved where possible. I have also nurtured a lust to get hold of the one item of Peter Blake‘s record cover art that I had not managed to find. I refer to the Genesis Publication’s set “24 Nights –  The Limited Edition. Music by Eric Clapton / Drawings by Peter Blake“. This box set included two books – a “Scrapbook“, an A4 sized book of Peter Blake‘s drawings and photographs and a 58-page “Commentary” by Derek Taylor – some “memorabilia” comprising a badge, guitar strings, four plectra and a backstage pass from the Journeyman tour and two photographs of Eric Clapton. This set was published in a numbered edition of 3,500 copies as well as a further 200 copies numbered in Roman numerals “for review purposes”. All copies were signed by both Peter Blake and Eric Clapton. Published in 1991, it soon sold out. 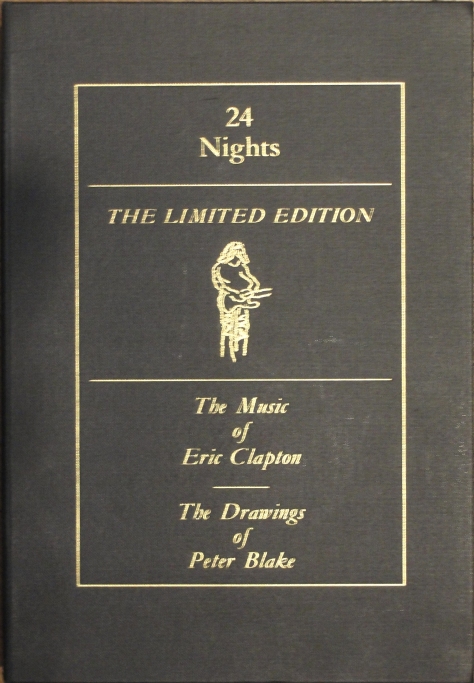 The 24 night series of concerts at London’s Royal Albert Hall were to be the finale to Eric Clapton‘s “Journeyman” world tour that played 153 concerts in 78 cities around the world over 14 months and were seen by almost 2.5 million fans. The tour was a promotional tour for Eric’s 1989 album “Journeyman” and his record company Reprise Records, a Warner Brothers subsidiary, planned a live album to be released after the tour. Eric Clapton knew Brian Roylance (1945-2005) the founder of Genesis Publications and suggested a documentation of the tour. Warner Brothers commissioned Peter Blake to paint a portrait of Eric Clapton, and wanted three other artists to do the same for an album to be called “Four Faces of Eric Clapton” but in the end only Peter Blake was commissioned instead to draw four portraits. Peter Blake had not met Eric at this time.

The Journeyman tour started in Birmingham on January 14th 1990 and ended at the Royal Albert Hall on March 9th 1991. There was a break for Christmas from 13th December 1990 until 31st January 1991 when it would resume in Dublin. The band reconvened in Dublin earlier to rehearse. Brian Roylance wanted Eric Clapton‘s longtime friend Derek Taylor (1932-2008) to write a commentary to the project and asked Derek and his wife Joan to travel to Dublin to be at the rehearsals. Peter Blake arrived in Dublin around the 26th January and had dinner with Roger Forrester who asked Blake if he liked Eric Clapton’s music. Blake replied, “No, I’ve never been a fan. I hate long guitar solos.”

Peter Blake had access all areas to make his sketches and said everyone got so used to him being around that they hardly noticed him. He could sketch freely. He followed Eric Clapton back to England and continued sketching at the Royal Albert Hall and at the two blues concerts at the Brixton Academy on February 21st and 22nd, 1991. Warner Reprise Records got their cover drawing for the “24 Nights” album released on 8th October 1991.

Twenty-five years after the release of the “24 Nights” album and Genesis Publications’ box set I managed to get hold of my own copy of this wonderful set. And thanks to Derek Taylor‘s “Commentary” book included in the set and Peter Blake‘s detailed notes in the “Scrapbook” have helped me piece together this story. 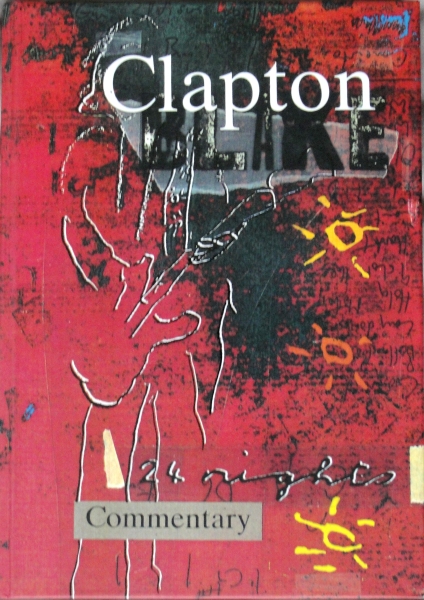