Literature, an American band from Austin, Texas, released their ten track second album, “Arab Spring” in January 2012 on vinyl LP and cassette. A CD with two extra tracks was released in Japan. The LP was released, according to Discogs, in a limited edition of 500 copies; four on grey vinyl, 98 on white and 398 on black vinyl. The cassette was only produced in an edition of 25 copies. I have been lucky enough to get both the black and white vinyl versions and the cassette. The album uses Andy Warhol’s “Flowers” on the covers. The LP and CD use the classic “Flowers” image while the CD shows only a detail from the painting. Nowhere in the package is the cover image credited to Warhol. Still, “Flowers” is probably my favourite Warhol image. 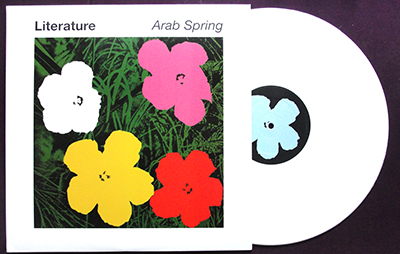 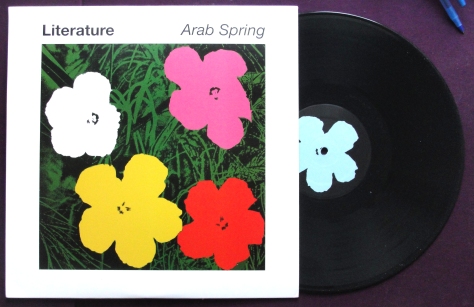 And so to the “new” Banksy cover. Banksy has had an association with Wall of Sound Records – witness the hand stencilled cover for Röyksopp’s “Melody A.M.” Promo LP and the series of “We Love You… So Love Us” compilation albums. In 2003, Alex Gifford put together a new compilation to celebrate Wall of Sound’s tenth anniversary. The standard album shows a group in front of a whitewashed wall with a Banksy inscription just visible behind the band members, while the promo CD just shows a wall with a Banksy stencil. The cover image is credited to Banksy on the rear. 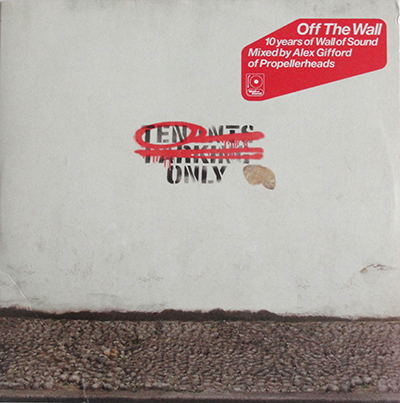 While researching the “Off the Wall” CD I accidentally found that Paul Weller’s new album “Sonik Kicks” had been released and that he had released a six-track EP called “Dragonfly” on 17th December as a 12″ or download. The EP contained the single and 5 tracks from previous sessions and was apparently only available by mail order. The cover was by Sir Peter Blake, his second cover this year, released only 6 weeks after Madness’ “Oui Oui Si Si Ja Ja Da Da”. So, 2012, Sir Peter’s 80th year, is his most prolific as far as record cover design goes. 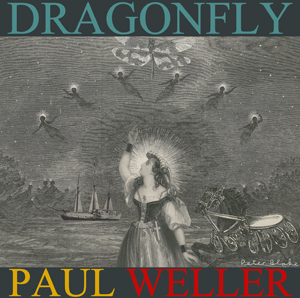