I thought I had already collected all the records and CDs with cover art by Klaus Voormann – but apparently not! Some time ago I saw an advert for a Harry Nilsson album called “Flash Harry” that I had not previously seen. The advert showed the rear cover and at the lower right was an approximately 5 cm square line drawing of Harry Nilsson signed Klaus Voormann. I finally got hold of a copy this week. 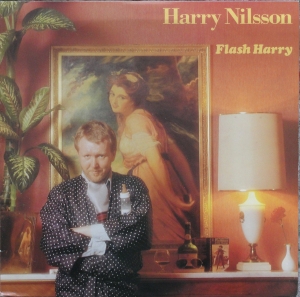 Last month an Ebay seller advertised a CD by a Japanese band named GLAY. Voormann together with his son Max had designed the cover art at what I considered to be an exorbitant price. Luckily cheaper copies were available at Discogs.

A design that harks back to Voormann’s Revolver art. 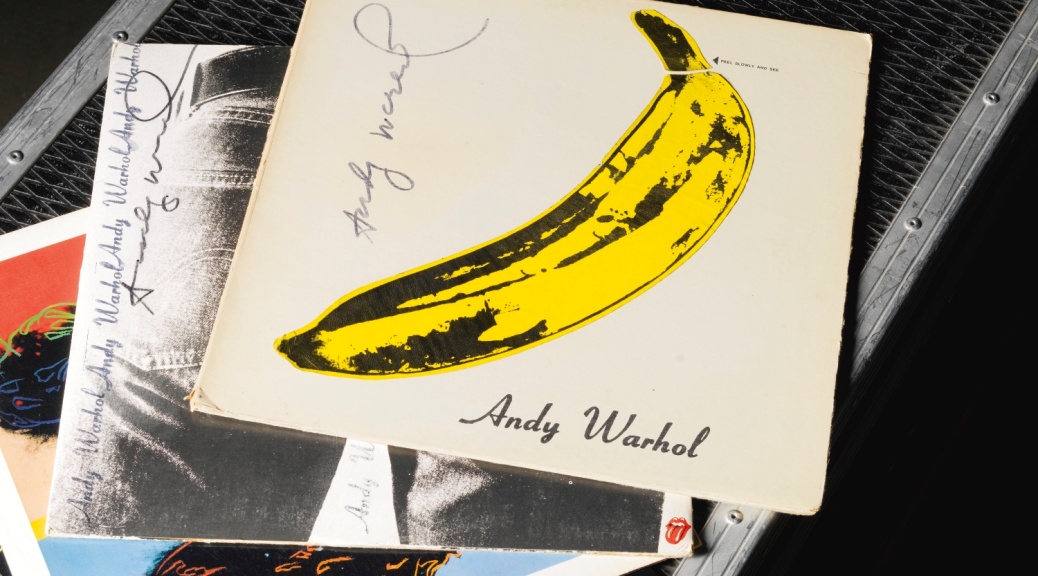 I suppose it was the fact that a collection of 105 record covers bearing cover art by Andy Warhol or his associates is currently up for auction at Sotheby’s in London (auction date 29th & 30th September, 2015) with an estimated sale price of £30,000 to £50,000 that made me sit down and think about which covers should and should not be included in a collection of Warhol covers.

I have made a list of record (LPs, EPs and singles) and CD covers that currently includes 218 items. I have included some doubles like various pressings of Rolling Stones’ “Sticky Fingers” album as well as re-issues of the Alexander Nevsky cover and various formats of fifites EPs by Artie Shaw and The Joe Newman Octet. However, I haven’t included the Liberty re-issues of Kenny Burrell’s Blue Note albums with Warhol drawings or the various Blue Note issues with different New York addresses in my list.

The collection on sale at Sotheby’s includes some covers that I have not included in my list – such as Loredana Berte’s “Jazz” album. Also included in the sale are some “replica” covers. As I know whose collection this is, I can guess that these “replicas” are a couple of the covers I made (“Progressive Piano” and “Night Beat“). I wonder how Sotheby’s views the inclusion of these “fakes”. I shall visit the pre-auction viewing and try to find out.

The collection on sale includes some very rare items including a “Giant Size $1.57 Each” cover signed by Billy Klüver (who together with Warhol silkscreened the covers) and copies of “Sticky Fingers” and “The Velvet Underground & Nico” signed by Andy Warhol. But – some rare covers, like the Lew White “Melodic Magic” and “Waltzes by Johann Strauss Jr.” and the rarer blue version of “A Program of Mexican Music” – are missing. It also includes the East Village Other’s “Electric Newspaper” (incidentally, also included in Paul Maréchal’s book), which has no other connection with Warhol than the record contains a track “composed” by him. The cover art is definitely not by Warhol.

My list includes more thirty-five CDs – only one of which (Aretha Franklin’s “Aretha“) was actually released in Warhol’s lifetime. Should these really be considered to be “Warhol Covers”? Just this week two more bootleg CDs arrived that use Warhol’s 1975 folio of prints of Mick Jagger for their cover art. The first is called “Marquee ’71 + Sticky Out” and the second “Raretracks+“.

Many of the records and CDs on my list are bootlegs – by The Velvet Underground or, like these most recent additions, The Rolling Stones. Should a serious collection include bootlegs or be restricted to officially released material?

I would be interested in reading other collector’s opinions as to where to draw the line when collecting Warhol cover art.