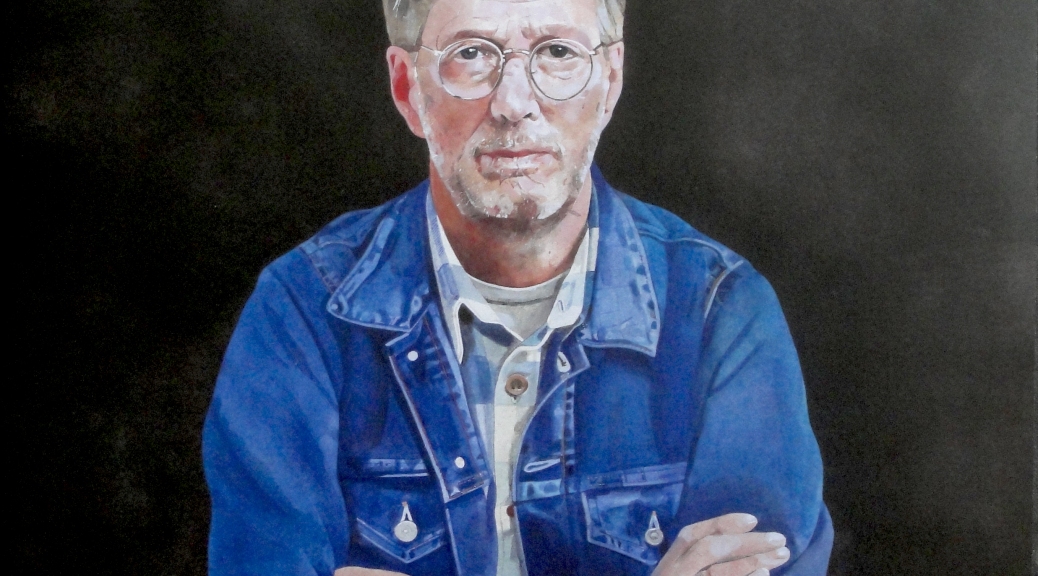 I suppose it was bound to happen! Early in 2016 Sir Peter Blake painted a couple of portraits of his good friend Eric Clapton  and these appeared on the cover of the programme for Clapton’s seventieth birthday celebration concerts at Madison Square Garden and The Royal Albert Hall in May 2016. However, the official album of the concerts “Slowhand at 70“–a tripple LP with DVD–did not use the Blake portraits at all. However, two unofficial CD releases included both (please see my previous post on these). Now we know why the “Slowhand at 70” cover didn’t use the Blake portraits–Clapton was saving them for his next studio album “I Still Do“, released on 16th May 2016, exactly one year after the 70th birthday concerts.

Peter Blake’s 2015 portrait of Eric Clapton used on the cover of “I Stil Do”. 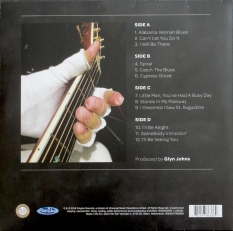 The front cover is beautiful in that Clapton and the record company have chosen not to place either the album’s title or Clapton‘s name on it, but rather allow Blake‘s lovely portrait to send the message.  This is the second time Clapton has allowed an unadorned portrait to grace the cover of one of his albums–the previous one was 2004’s “Me and Mr Johnson“.

I have to thank Guy Minnebach for pointing out that these two covers join Andy Warhol‘s cover for “The Velvet Underground & Nico” and Martin Kann‘s cover for bob hund‘s “Omslag: Martin Kann” as the only covers that have the graphic designer’s/painter’s name on the cover rather than the artists’ or the album’s title.

I think the latest album cover by Sir Peter Blake is one of his best. It emphasises just what a great portraitist he is.