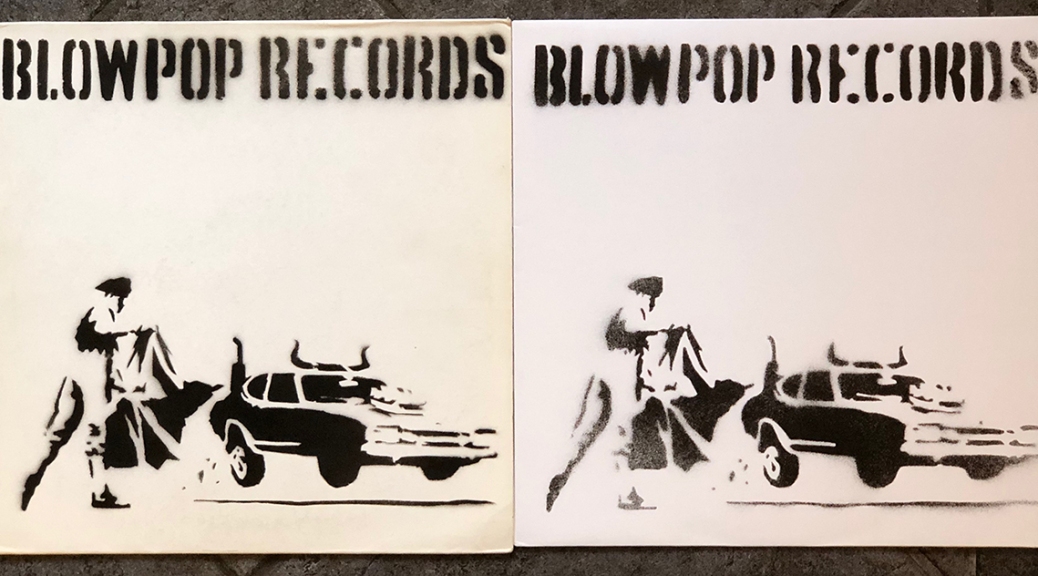 In October 2017 I boasted that I had finally completed my collection of record and CD covers with cover art by the artist known as Banksy. The final two items were a copy of the Capoeira Twins‘ promotional single for Blowpop Records entitled “4 x 3 / Truth Will Out” and the Boys in Blue promo 12″ single “Funk tha Police“.

I was really happy to have found what I thought was a genuine copy of the “4 x 3 / Truth Will Out” promo, but I had misgivings. First, the cover was in such pristine condition–no sign of wear or discoloration that would be expected on an 18-year-old sleeve. Second, the catalogue number etched into the deadwax was BLOWP 008, not the BLOWP 001 that I had expected. I could find no reports of any record on the Blowpop label with that catalogue number. Third, there were obviously THREE tracks on the record–a single track on side A and two on side B. Much later, I managed to play the record and (thanks to Shazam) found that it was, in fact, a promotional copy of Håkan Lidbo‘s “Capoeira” single. The original matrix number DP 012 was still visible in the deadwax beside the obviously newly engraved BLOWP 008. There was also a sticker arttached to the record label on which was written “Capoeira Twins”. I guess this hides the true title of the record. So–I have been swindled!

I decided that I needed to see a genuine copy of the record for comparison. There were three copies for sale on Discogs, one of which was purported to be in near mint condition and I contacted Andy, the seller, to ask for photos, and especially photos of the engravings on the record’s deadwax. He duly sent me pictures, but still I couldn’t make out much except that the catalogue number was definitely BLOWP 001.

I made him a cheeky offer for the record, which he duly refused. I heard nothing from him for a couple of weeks and made a more serious offer. Once again a week’s silence. So, I repeated the improved offer and he accepted. I met him and he explained he was a DJ that had bought the record from a used record shop in 2000 and had used it occasionally when DJ-ing.

Once back at home I put the covers of the BLOWP 001 and BLOW 008 beside each other:

Using a jewellers’ magnifying glass I examined the printing of the covers. The black ink is much more even in the darker portions of the BLOWP 001 cover, while there are lines in the ink of the BLOWP 008 copy that could be from silkscreening (or other printing technique) but hardly be the result of spray painting. In addition the overall width of the matador/car image is almost one centimeter larger on the BLOWP 008 than the image on the BLOWP 001 cover. That would hardly be possible if a stencil had been used.

As I mentioned in my previous post about the Capoeira Twins promo, I had made a limited edition set of ten digital copies of the cover in, I think, 2010. 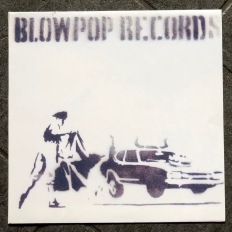 My 2010 digital recreation of the cover front. 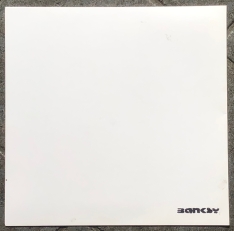 The rear of my digital copy, complete with “Banksy” stamp.

I can now confidently say that I have three copies of this enormously rare promo in my collection: my 2010 digital copy, the probably fake BLOWP 008 version from 2017 and an undoubtedly genuine BLOWP 001.