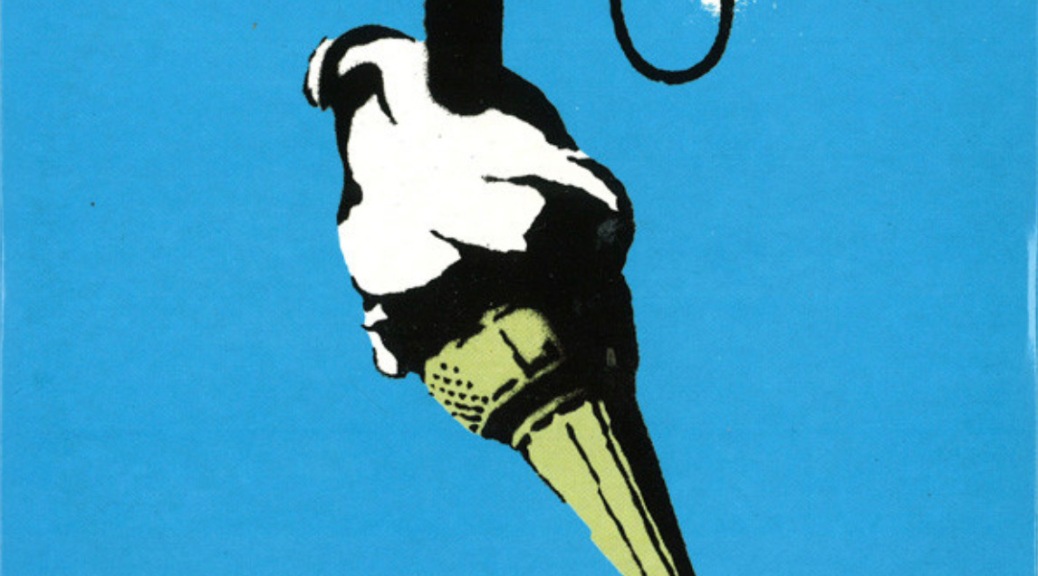 Today was a bit of a special day! I discovered two CDs with Banksy artwork that I had never seen. I was casually surfing the Internet when I came across a picture of a CD cover that I didn’t recognise but that had classic Banksy artwork. The CD in question is an 11-track compilation released by Seven Magazine and called Seven Magazine Presents the Soundtrack to Sizzler Parties, and contains tracks by Blak Twang (Twixstar) and the Röyksopp remix of The Mecons Please Stay. This CD was released in 2002, so I don’t really understand how it has eluded me for so long!

The second CD, Orange City by a Canadian band called One Bad Son, was released in 2007. The front cover didn’t look promising — probably explaining why I had missed this release.

It isn’t until you open the jewel case and see the CD that the Banksy connection appears.

Here the Bomb Hugger girl image appears both on the CD and on the inside of the rear of the jewel case. I suspect that this is an unofficial use of this particular Banksy image that appeared officially on the Peace Not War compilation CD that accompanied the February 2004 number of the Big Issue magazine.

As I write this, my collection of Banksy records and CDs is moving from the Palazzo Ducale in Genoa to the Palazzo dei Diamanti in Ferrara until September 2020 and then from September to December to the Museum of Modern and Contemporary Art of Trento and Rovereto. Perhaps I should add these rare CDs to the exhibit. 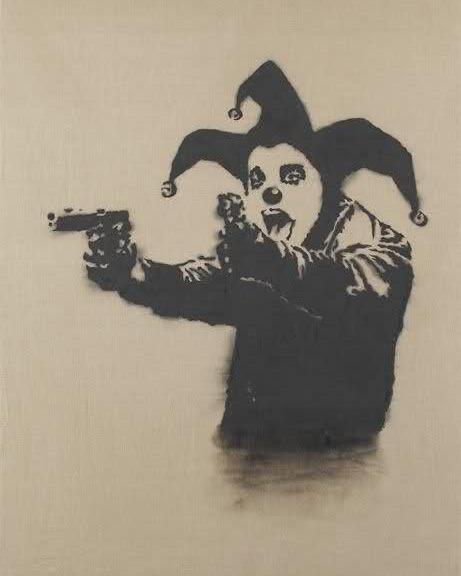 Ebay is a remarkable research tool. I regularly do searches of various Ebay markets looking for records by artists I collect–and when I write “artists” I don’t mean the band or similar, I mean the graphic artist who designed the cover.

I am constantly on the lookout for new covers by the artist known as Banksy–the latest one I had found was the Boys in Blue single “Funk tha Police” from 2015. I found a Banksy pastiche by Junichi Masuda on his “Pokémon” test pressing and a limited edition copy of this cover a year or so ago. But nothing with a new Banksy design since 2013 whn a download by TerranceK used Banksy’s “Death of a Phone Booth” on this EP.

Anyway, a CD entitled “Skateboards” with Banksy’s “Insane Clown” cover image turned up a month or so ago. I had not heard of this CD before, despite it having been released in 2000, It was a promotional EP for Clown Skateboards, some of which used the Banksy image.

The CD contains two tracks each by Dynamic Duo (DJs Niall Dailly and Bryan Jones a.k.a. DJ Extra) and Nasty-P. I discovered that Dynamic Duo also released one of the tracks “Style by the Dozen” on a 12″, with the “Insane Clown” image on the label. 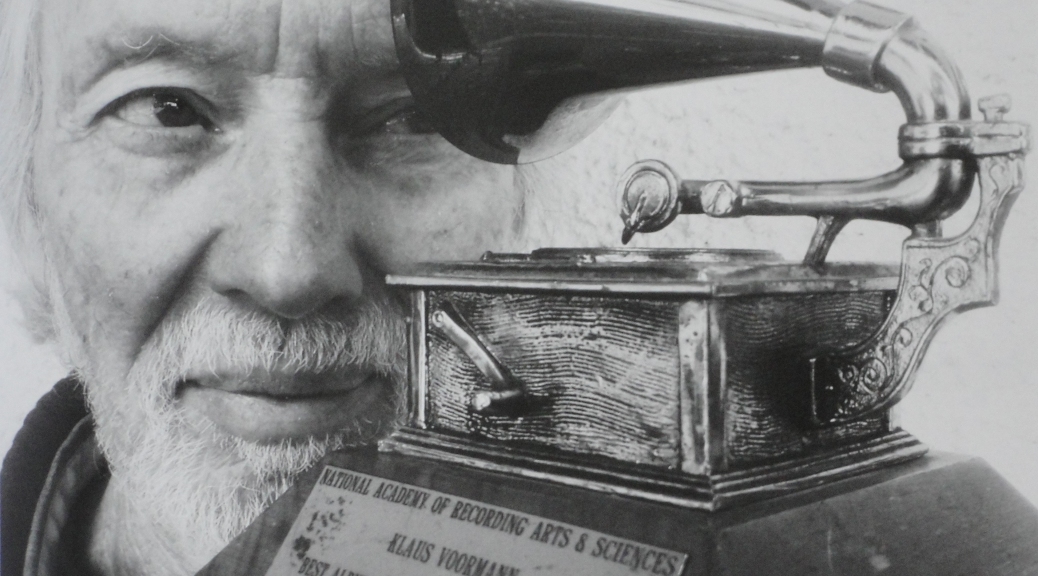 This has really been a great week for me as a collector of Klaus Voormann‘s record and CD cover art. German musician Volkwin Müller has either read this blog or seen my list of Klaus Voormann‘s record covers on Rate Your Music and informed me of two recent releases of his–both with cover art by Klaus–that weren’t on my list. So, a big thank you to Volkwin. The CDs are Volkwin Müller & Friends “Strawberry Songs” from 2012,

But the greatest thing was the arrival of Klaus Voormann‘s new book “Birth of an Icon-Revolver 50“. Well, The Beatles‘ “Revolver” album was released (in the U.K.) on 5th August 1966 and John Lennon asked Klaus Voormann, friend of the Fab Four since their Hamburg days and in 1966 living in London and playing with various bands including the Mike d’Abo fronted Manfred Mann, to design a cover for their new record. This book tells the story in comic strip form of how Klaus Voormann came to design the cover which earned him a Grammy.

Two of The Beatles‘ record covers have won Grammys for their design. First was Klaus Voormann‘s cover for “Revolver” and then the album that followed it “Sgt. Pepper’s Lonely Hearts Club Band“, which earned Peter Blake and Jann Haworth Grammys for their joint design. Klaus Voormann has been nominated for a Grammy one further time–for the design of his “A Sideman’s Journey” box set. He was narrowly beaten by Rob Jones‘s and Jack White‘s design for the White Stripes‘ box set “Under the Great Northern Lights“.

The “Birth of an Icon-Revolver 50” book is a beautiful production with many photos and text in English and German. It can be ordered from Klaus Voormann’s site http://www.voormann.com.

While researching the book, I discovered the August/September 2016 number of the German Magazine “Good Times” which has five cover variations of portraits of The Beatles by Klaus Voormann:

Thus Klaus Voormann (born 29th April 1938) is still going strong at the age of 78. May he long continue to produce great record covers.