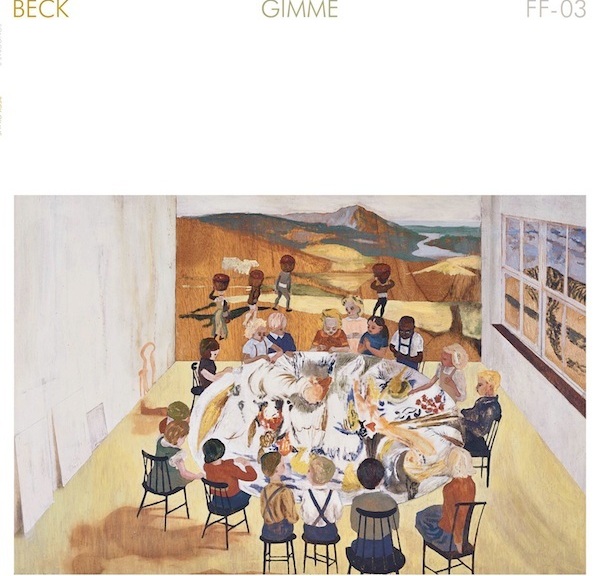 A couple of years ago (July 2014, to be exact) I posted that I had found a record cover using a painting by internationally renowned painter Karin “Mamma” Andersson. The limited edition (1000 copies) EP by Mattias Alkberg called “Epitafium” was released for Record Store Day 2014. It comes in a poster sleeve with art by Mamma Andersson. It initially proved difficult to find, but now there are copies available on line at reasonable prices. Since then I have found a few more covers that use her art.

Not long after I had managed to get hold of the “Epitafium” EP, I found out that Mattias Alkberg has released another limited edition featuring Karin “Mamma” Andersson‘s art on its cover. This time it was a limited edition, blue vinyl, 7-inch EP entitled “Skända flaggan” (which means “insult/deface the flag”).

The “Skända flaggan” EP had two different Mamma Andersson paintings on front and rear covers. Well, I thought I had found all covers featuring her art until I received my copy of the wonderful “Art Record Covers” book by Francesco Spampinato (edited by Julius Wiedemann).

In the book, Spampinato pictures the covers of two limited edition 12″ singles by Beck with cover art by Mamma Andersson. These are “Defriended” and “I Won’t Be Long“. Apparently they were released in 2013 and only available through Beck‘s website and sold out completely. A Discogs search showed me that there was even a third Beck 12″ with a different Karin Andersson painting on the cover. This was a double 12″ called “Gimme“. All three 12-inchers were readily available, though I suppose considerably more expensive than originally.

So now I wonder if there are any more records with Karin”Mamma” Andersson’s art on their covers.