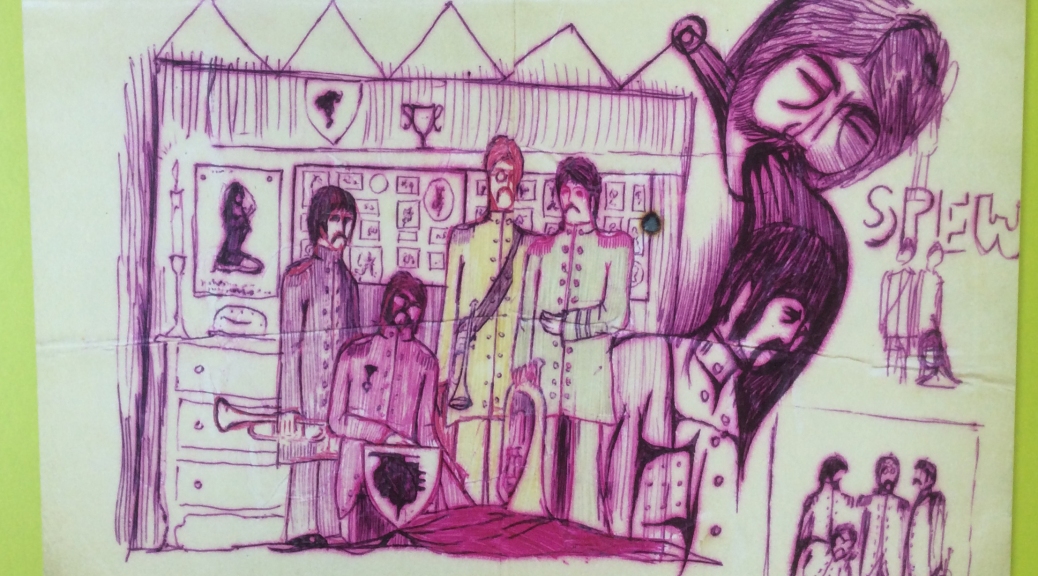 It seems I’ve been writing a lot about “Sgt. Pepper’s Lonely Hearts Club Band” since it’s 50th anniversary on June 1st. In March, I heard about the projected release of an upgraded version of the stereo version of the album together with a variety of previously unreleased alternative takes of the songs (including “Strawberry Fields Forever” and “Penny Lane“, which had not been included on the final album) on double vinyl, double CD and a four CD, Blu-ray and DVD box set which included a 144-page LP-sized book, and 2 posters as well as a reproduction of the original cutout from the LP.

I decided that I already had the original LP (actually TWO copies) and didn’t think I needed to shell out £30 for the double LP or over £100 for the box set as I am not particularly interested in hearing alternate takes. And I felt I didn’t need to listen to a third re-mastering of the original, though I listened to the new stereo version on Spotify and definitely heard a new, clearer mix. My main interest in “Sgt. Pepper” extends to the cover design.

But on a visit to my favourite record store I saw a copy of the box. What first caught my eye and made me take it off the shelf was the lenticular version of the cover image, which made it appear three dimensional. Now, that was a version of Peter Blake’s & Jann Haworth’s cover that I hadn’t seen before. Then, on opening the clamshell inner box I found what I thought was a copy of the LP–but the box clearly stated that it didn’t include the LP only 4 CDs, a Blu-ray and a DVD. There were three posters and the book which had a chapter devoted to the story of how the cover came about. Now, THAT did interest me. So I decided I’d try it and the offer of a 10% discount clinched the deal!

When I got home, I removed the plasticwrap from the LP sized album and from the book. On opening the gatefold I saw the CDs, Blu-ray and DVD were housed in separate LP-style covers. Only when I started to upload the CDs onto my computer did I notice that each CD had a different version of the classic “Sgt. Pepper” photo, with the Beatles in different poses in front of the Blake/Haworth montage.

The book tells Paul McCartney’s version of how the cover art came to be. He tells that he had the idea of the “Sgt. Pepper” theme while on a flight back from America. He says that Mal Evans asked for him to pass the salt and pepper and he misheard it as Sgt. Pepper, which immediately inspired him to create an alter ego for The Beatles. He says that he mad some sketches for a possible cover scene and took them to his friend, gallery owner Robert Fraser, who proposed Peter Blake and Jann Haworth as artists to realise his ideas. 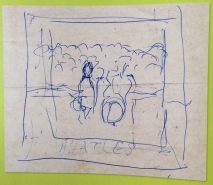 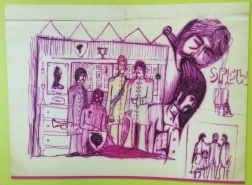 Another of paul’s design suggestions.

There is no mention of John Lennon’s discussions with design group “The Fool”, though the chapter ends with an interview with Marijke Koger who tells of the visits by The Beatles to their home, which inspired them to commission a design for the planned “Sgt Pepper” album cover. However, only The Fool’s design for the red, pink and white inner sleeve was used.

Anyway, no I can add the lenticular cover of the Blake/Haworth design and the alternative Michael Cooper photos of the “Sgt. Pepper” set to my cover collection.