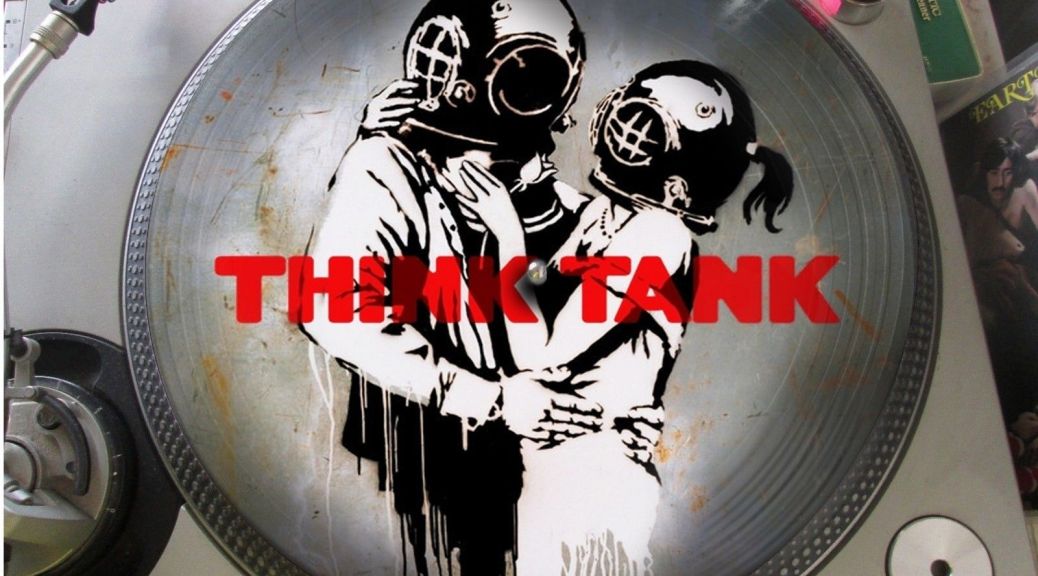 Readers of this blog may already have suspected that I have a serious case of OCD or just plain collectors’ mania. I aim to keep my collections of record cover art by artists/themes I collect as complete as possible. Therefore, I have compiled lists of each of these which I try to remember to update when I find or acquire new items.

So, a couple of weeks ago, picture discs with Banksy cover art began to appear on Ebay posted by a seller from Israel. The looked really cool and I could imagine hanging a selection on my wall. 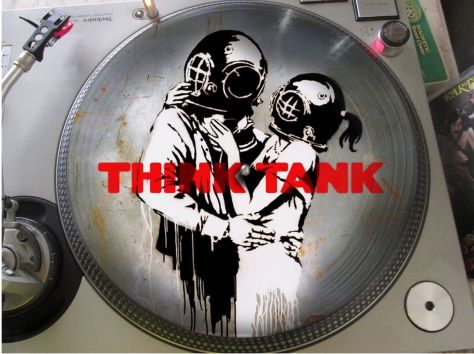 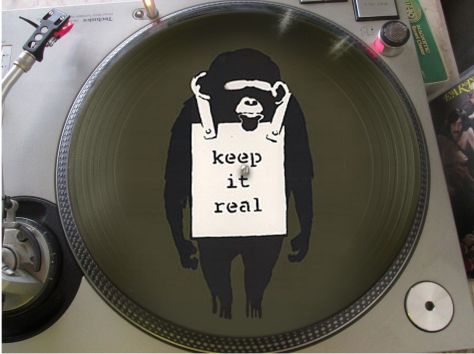 The prices were high–but genuine records with Banksy covers are fetching quite amazing prices nowadays, so I didn’t reflect too much. I made an offer on one disc which was promptly accepted and I was happy. The seller informed me that he had “a couple of other Banksy picture discs” and was prepared to offer me an even “better” price if I bought those, too. He even offered free shipping, so I agreed.

Less than a week later, the package arrived. 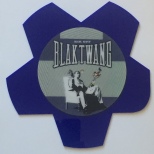 These turned out to be single-sided singles. The “Keep It Real” is a version by Jamal, called “Keep It Real“. As shown, it came in a die-cut, black card sleeve. The other two are shaped picture discs. The Blak Twang record is the “Kik Off” single and the One Cut has the track “Mr. X“.

Examination revealed that the records are 2 mm thick pieces of perspex with a sort of  thick flexidisc with the image and sound track affixed. The image is slightly blurred as if it has been copied from a picture sourced on the Internet.The sound quality is poor, probably lifted from an MP3 file.

The seller informed me that he had “bought” the discs and the person who had sold them to him said they were made in Japan and only twenty or so copies existed. He had about twenty-five different discs with Banksy cover art for sale and was prepared to let me have them for the “bargain” price of $139 each.

Further research on Ebay gave more surprises. The same seller is selling picture discs by other artists, such as Björk, Aphex Twin, Led Zeppelin and others at the same sort of inflated prices.

These records are not proper pressings. They are produced to appeal to collectors and sold at wildly inflated prices. They cannot really be called bootlegs as they are not really records at all. And the quality of the artwork, not to mention the sound, is really poor.

I decided not to “invest” in the 25-or-so Banksy picture discs the seller had on offer. I prefer “proper” records, not pieces of perspex with a flexidisc attached. And I would like to issue a warning to other collectors not to support this type of exploitation solely aimed at fleecing collectors.

2 thoughts on “Banksy Picture Discs – All That Glitters Is Not Gold!”