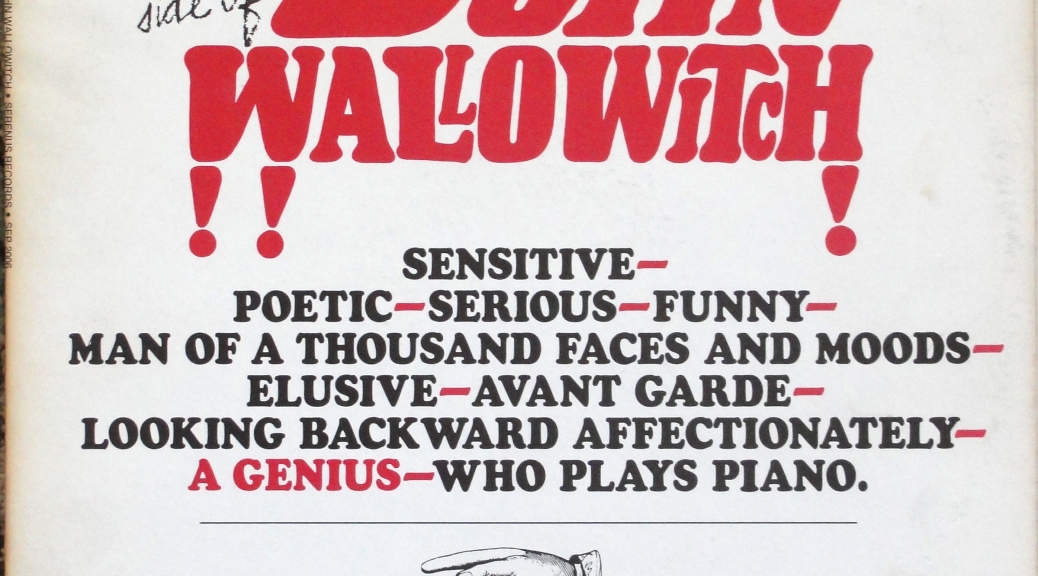 It has been my ambition to collect all record covers with Andy Warhol‘s art. Most of the seventies and eighties covers are relatively easy to find and shouldn’t cost the earth (an exception is Ultra Violet‘s eponymous LP from 1973), but the earlier ones, particularly the fifties covers have become increasingly expensive. And the original “Velvet Underground & Nico” (1967) along with many of it’s reissues are becoming increasingly expensive.

I have long searched for decent copies of Moondog‘s “The Story of Moondog“. While copies of the Moondog album do pop up relatively frequently on Ebay, most are in pretty poor condition with severely discoloured covers, but I had the great good fortune to find a near mint copy on Discogs which I bought as a Christmas present to myself.

The other major hole in my collection was John Wallowitch‘s second album for Serenus Records called “This Is (The Other Side of) John Wallowitch“. This album doesn’t come up for sale very often and bidding goes crazy on good copies. A reasonable copy popped up on Ebay in late January and despite having depleted my funds the previous month for the Moondog album, I managed to win it with a not too outrageous bid.

Front and rear covers of “This Is (The Other Side of) John Wallowitch”, 1965. 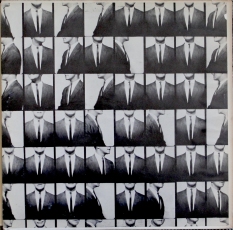 As can be seen, Wallowitch chose as the rear cover picture to reuse the “photo booth” photos taken by Warhol that were on the front cover of his previous Serenus Records release “This Is John Wallowitch“. It’s sort of ironic that the “Man of a Thousand Faces”, as stated on the front cover, is portrayed on the rear from the chin downwards, so one cannot see any of the thousand faces (actually, there are only 56 photos, or parts of photos on the cover, not thousands).

So now there are two of Warhol’s original covers and one bootleg that I need to complete my collection of Warhol’s record covers. These are the pink version of Prokofiev’s “Alexander Nevsky, Cantata Op 78” and the unobtainable “Night Beat” promotional box set that Guy Minnebach wrote about in his Andy Earhole blog (https://warholcoverart.com/2017/03/25/night-beat-rarest-of-the-rare/). Though I do have the facsimile box of the latter.

The remaining bootleg I am still looking for is the limited edition of Keith Richards‘ “Unknown Dreams” (Outsider Bird Records, OBR 93009).

Will my collection ever be “complete”?