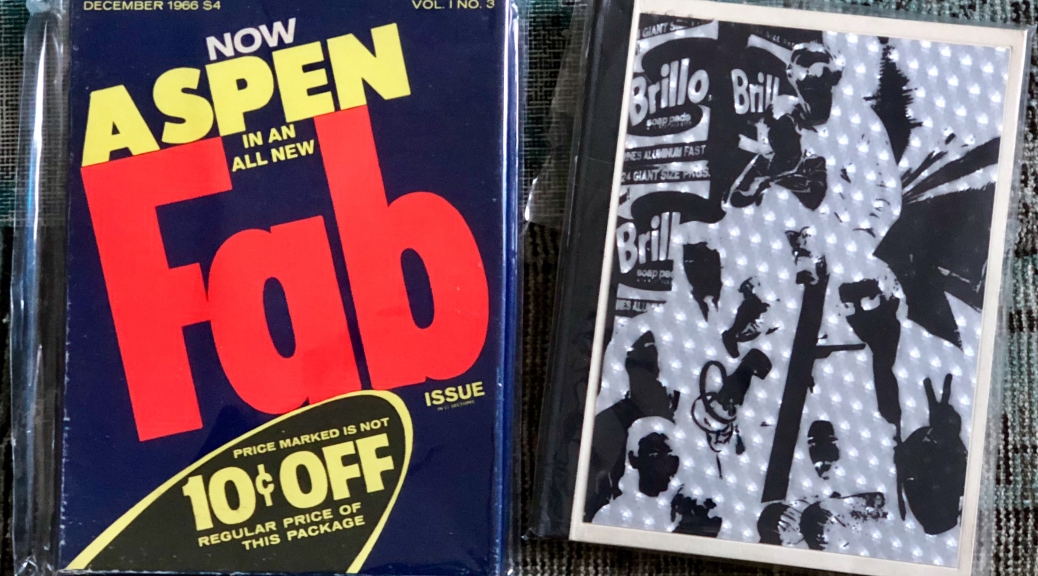 I was first made aware of two of Andy Warhol’s seminal publications the Aspen Magazine Pop Art issue of December 1966 (#3, “FAB”) and “Andy Warhol’s Index (Book)”  late in 2008, when I first saw Paul Maréchal’s “Andy Warhol – The Record Covers 1949–1987. Catalogue Raisonné“, which listed both as record covers. Both do contain records; the former a double sided flexidisc and the latter a single-sided 7” single, but I wouldn’t consider either package to be a record cover in the true sense of the words. 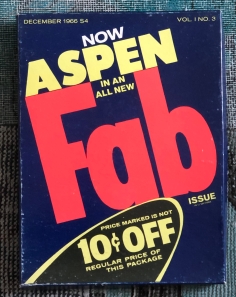 The pop art edition of Aspen Magazine produced by David Dalton and Andy Warhol in December 1966. 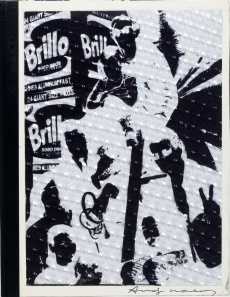 The hardcover version of Andy Warhol’s Index (Book) with is lenticular cover.

Andy Warhol was a polymath–commercial artist, “fine” artist, Photographer, film m,aker, diarist, would be sculptor and, not least,Author, illustrator and publisher. An exhibition at the Museum Brandhorst in Munich from September 2013 to January 2014 showed Warhol’s publications, ranging from one-off illustrated books to his popular mass produced publications. The exhibition was called “Reading Andy Warhol” and included over eighty books and the hard cover catalogue (with the same title) opened with a series of erudite essays on Warhol’s literary career as a publisher of his own books (such as “25 Carts Name[d] Sam and One Blue Pussy“, written together with George Lisanby) or one-offs like “Play Book of You S Bruce From 2:30 to 4:00“. There is a short section on “Andy Warhol’s Index (Book)” in a chapter entitled “Trash, Gossip, and Porn–Warhol’s Transgressions in Photography” written by a professor Burcu Dogramaci, There doesn’t seem to be too much written about the December 1966 Pop Art issue of the Aspen Magazine (#3) titled “FAB“, edited by David Dalton and Andy Warhol. However, the catalogue of the current Warhol retrospective at New York’s Whitney Museum, called “Andy Warhol – from A to B and Back Again” goes some way to rectifying this in an essay by Brandon W. Joseph called “White Light / White Heat“.

Aspen Magazine #3
The Aspen Magazine was produced by Phyllis Johnson between 1965 and 1971. It was billed as the first 3D magazine as it was produced as a box containing various printed items and ephemera. Ten issues were published and the third was the Pop Art issue edited by David Dalton and Andy Warhol and published in December 1966. I think it is significant that a publication on Pop Art in 1966 would be entrusted to Warhol as there were numerous other pop artists who could have been invited to compile a box to illustrate Pop Art. 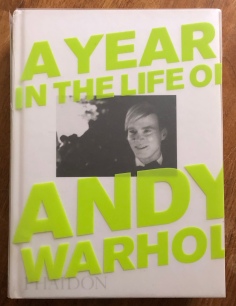 David McCabe & David Dalton “A Year in the Life of Andy Warhol”. 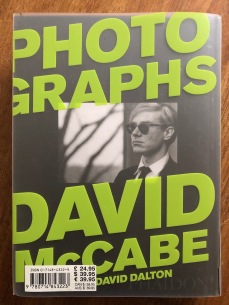 But who was David Dalton? I have had to do some considerable research to find out about him despite him being a much published author of rock-related biographies.

Dalton (born 15th January 1945) was a founding editor of Rolling Stone magazine. He is the son of a British physician, Dr John Dalton, and elder brother to sister Sarah. When Sarah was 13 years old (and I suppose David was a couple of years older), the family moved to New York and–according to Sarah began visiting art galleries, in particular Leo Castelli Gallery where they met Ivan Karp

In a The Guardian review (on Sunday 5th October 2003) of “A Year in the Life of Andy Warhol English author and, according to Peter Conrad, writing in  , was co-author of “A Year in the Life of Andy Warhol” together with photographer David McCabe. Dalton, according to Conrad, had been taken to New York from boarding school by his sister Sarah. In fact, as David, himself, writes in the book, he is Sarah’s older brother, and the family arrived in New York together. Both David and Sarah and their father, Dr John Dalton, appear in McCabe’s photos in the book. Exactly how David became one of Andy Warhol’s first assistants is not clear. He stayed at The Factory for over a year. Dalton, by his own admission was besotted with Bob Dylan and managed to get at least six mentions of his hero in the Aspen package. Also included were ten “trip” tickets, A newspaper entitled “Plastic Exploding Inevitable”, 12 pop art picture cards and a 7.-inch flexidisc with Peter Walker’s “White Wind” on the “A” side and “Loop” by the Velvet Underground on the “B” side (more correctly is was John Cale playing the noise). 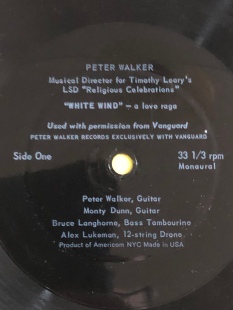 The “A” side of the Aspen Magazine flexidisc. Peter Walker’s “White Wind”. 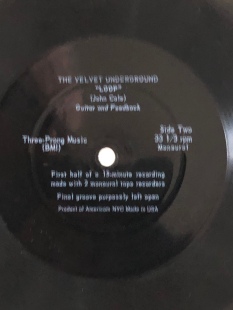 The “b” side of the Aspen Magazine flexidisc. The Velvet Undergrund’s “Loop”..

Andy Warhol’s Index (Book)
Published in December 1967 “Andy Warhol’s Index (Book)” is primarily a book of photographs by Billy Name (Billy Linich 1940-2016), Nat Finkelstein, Steven Shore and others.It is decorated with several pop-up figures: a castle, a biplane, a can of Hunt’s Tomato Paste and includes the single-sided 7″ picture disc with a portrait of Lou reed on one side. The record plays an interview with Nico while the Velvet Underground play in the background.

“Andy Warhol’s Index (Book)” was published in three editions. A hardback edition of (I think( 2000 copies), a Limited edition of the Hardback book signed by Warhol (365 copies) and a soft cover book. The hardcover book cost $12.95 and the soft cover $4.95.

I decided that I should include these seminal Warhol publications in my collection of Andy Warhol’s record cover art, though I do not consider the box or the book to be true record covers. And in January 2019 they arrived.