The Smiths used many images from films produced by Andy Warhol, including their eponymous first album (1984)  and the “Sheila Takes a Bow” (1987) but a couple of singles use stills from Warhol produced music videos. The first single is Factory co-worker Walter Steding’s “Secret Spy / My Room” single (1982) with stills on both the front and rear cover. You can see the video at http://www.youtube.com/watch?v=sMB3QBjaYt0 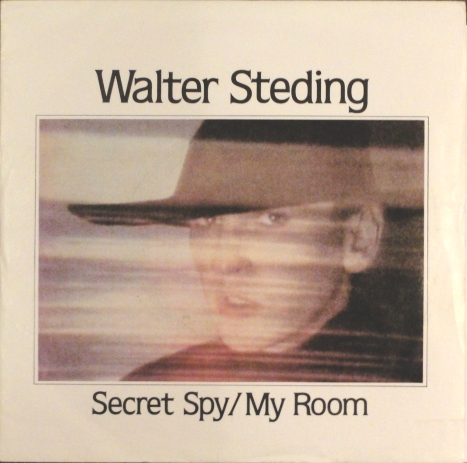 The second cover is from Andy Warhol’s last music videos. He apparently liked the band Curiosity Killed the Cat and in 1986 directed the video for their “Misfit” single. He even appeared in the video holding cards plagiarising D. A. Pennebaker‘s video for Bob Dylan’s “Subterranean Homesick Blues”.

A limited edition of the 7″ single has a fold-out cover 44″ (112 cm) with more images probably taken from the video. The design cerdit on the sleeve says “Sleeve design and Polaroid treatments by the Unknown” – which is taken to imply that Andy Warhol was responsible. You can watch the video at http://www.dailymotion.com/video/x9gkl6_curiosity-killed-the-cat-misfit_music. Andy appears holding six apparently blank cards 2 minutes 37 seconds into the video, which he throws one by one onto the ground and then walks off at 3 min 7 seconds.

Another cover, for the 1991 single “Cherry, Cherry” by the American group Unrest has a picture of Edie Sedgewick is often advertised on Ebay as a “Warhol cover” suggesting that the still comes from Warhol’s “Poor Little Rich Girl” film. In point of fact it is taken from the film “Ciao, Manhattan”, a later movie not produced by Warhol at all. Some Factory habitués were involved, but independently. (once again, I thank Guy Minnebach for this information.) So this should definitely not be classified as a “Warhol cover”.

Now, I don’t really consider these to be Warhol designed covers – but I include them on my exhaustive list of Warhol cover art for the sake of completeness.